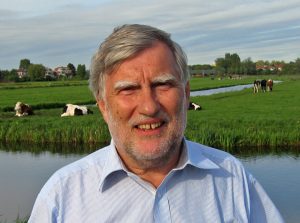 The New York Times of April 10, 1899  published an article on an attempt by S.H. Kauffmann to make an inventory of all existing equestrian statues in the world. Quotes from this article “As a result of years of inquiry and search in person Mr. Kauffmann has collected data that lead him to set down the number of equestrian statues in the world as about two hundred and eighty-five” and  “the book that will describe the equestrian statues of the world has yet to be written”. As far as I knew, 118 years later, this was still the case. So I wrote the book that was published in May 2017. The limited edition of this book (240 copies) with the title ‘From Marcus Aurelius to Kim Jong-il’, was sold out within a year. The text of this book can be found under the heading ‘The book’.

A book is nice, but a website has its own attractiveness. This medium is much more flexible. The information can be updated on a daily basis and is available to all who are interested in art and history.

Therefore I built this website that aims to give an inventory of all the equestrian statues in the world.

As a matter of fact the number also depends  on the definition of an equestrian statue. The criteria I applied and some observations with respect to them, can be found under the heading  ‘The book’   in the chapter ‘Statue or sculpture?’.  Combinations of man and horse, not meeting the requirements mentioned in this chapter, are classified as equestrian sculptures and are stated on this site in italic. Quite a number of these sculptures are remarkable works of art. Reason enough to pay specific attention to a number of them. I have listed the most noteworthy under the heading ‘The sculptures’.

Over the years I have travelled across more than 50 countries, seen and photographed about two thirds of the statues known to me. A selection of the pictures made by me are published on this site. Of the statues and sculptures that I have not (yet) seen in person, I have looked for pictures made by others, free of rights. If known I have mentioned the name of the photographer.

Under the heading ‘The book’ you will find a list with the literature that I consulted when writing the book and putting together this website. I would like to draw special attention to that phenomenal institution called Wikipedia. Internet at its best. Enough reason to point the users of this website on the possibility to support this non-profit institution financially (see their website).

The ambition of the website is to give an as complete picture as possible of all equestrian statues and remarkable equestrian sculptures in this world, acknowledging at the same time that the lists on this site are not yet complete. It is also therefore that I would appreciate it to receive comments, additional information etc. You can give your comments under ‘Contact’.

In conclusion I wish to remark that you can feel free to use the pictures of this site. Just mention that you found them on www.equestrianstatue.org. If you want to have the pictures with a better quality (i.e. a higher density), just let me know.