Home | Ferdinand I, King of Naples 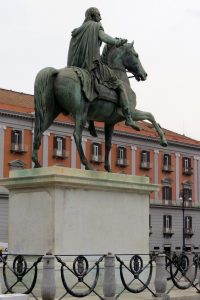 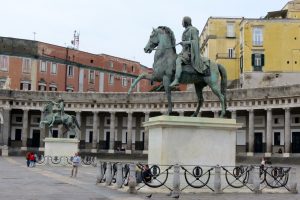 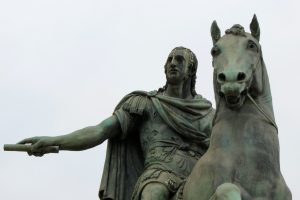 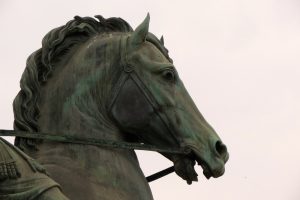 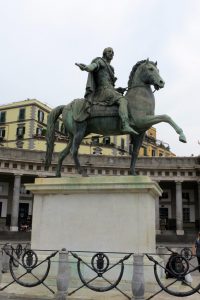 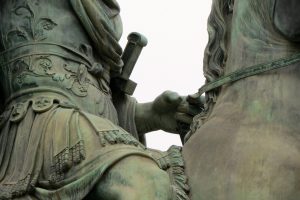 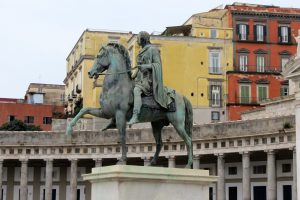 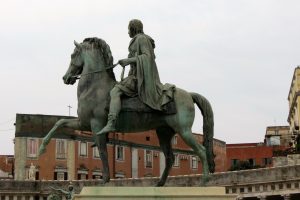 The famous sculptor Antonio Canova designed  the equestrian statues of Charles III of Bourbon (1716–1788), the founding father of the Bourbon dynasty in Naples, and his son and successor Ferdinand IV of Naples, later named Ferdinand I (1751–1825), King of Naples and Sicily.

The sculptor Canova died before the completion of the statue of Ferdinand. Antonio Cali completed this work.

The entire project for the statues in the square was not one of Canova’s favourites. He accepted the original French commission when the plan was to dedicate the work to the then Emperor Napoleon. After the Napoleonic wars, as soon as the monarchy was restored, Ferdinand called Canova to Naples to discuss finishing the work and changing the subject of the statue to his father, Charles III, and to commission a comparable equestrian statue for himself. Canova complained to a friend that he had undertaken a long trip to discuss something that just as easily could have been discussed by letter. A statue of a second-rate king sitting on a horse did not quite get his 61-year-old juices flowing anymore: ‘I mean, of course, Ferdinand, is a total dud. His father, Charles III was brilliant and, perhaps the last of the great “benevolent monarchs” in the age of Absolutism in Europe’.

Ferdinand persuaded Canova to agree to do the second statue, but Canova pleaded ‘no time’ when the king tried to get a third statue out of him; of the king’s second and morganatic wife.

A mob threatened both statues in the wake of Garibaldi’s entry into Naples in 1860. Fortunately, a revolutionary priest jumped up on one of the statues and held back the frenzied wrecking crew by saying that they should save the statues because they could afterwards replace the two heads of the monarchs with those of Garibaldi and Victor Emanuel. This calmed the crowd.