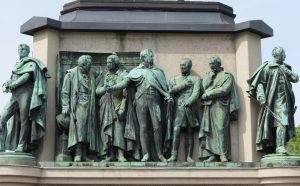 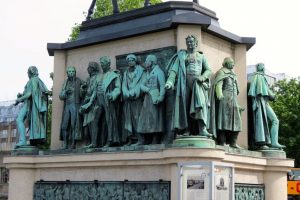 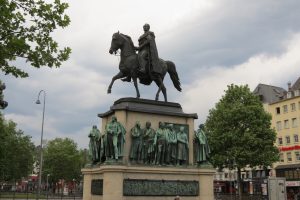 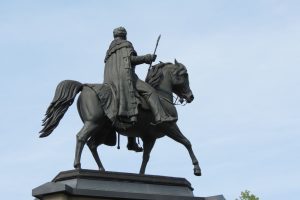 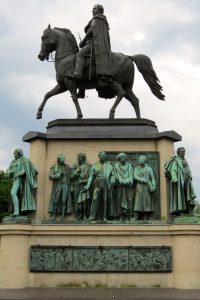 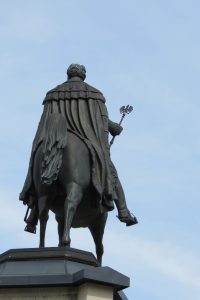 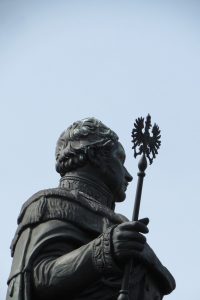 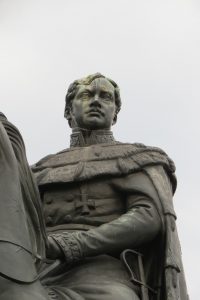 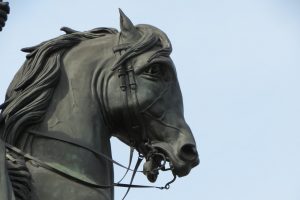 Hermann Bläser, who died in 1874, four years before the unveiling, sculpted the equestrian statue in Cologne. This statue was blown from its pedestal during WW II and, with the exception of the head of Frederic and the tail of the horse, which was displayed during a long time on the Haymarket, melted down in 1959.  The proceeds of the bronze amounted to 6,326 Deutschmark. There was a lot of dispute about the rebuilding of the monument. A synthetic (styropor) copy of the equestrian statue was placed in 1985. In 1990 this copy was blown away by a storm. This time a bronze copy was made at a cost of 300,000 Deutschmark.